The Athar Citadel is the planar headquarters of the Athar. It drifts on the Astral Plane, near several bodies of dead gods. Here, the Athar study divine power and religions, to understand the true Uknown that the gods are hiding from the mortals that they demand worship from. The Citadel contains classrooms, dormatories, gymnasia, an extensive library (focused on religions, myth, and gods), and one of the only Temples of the Great Unknown in the multiverse.

The Citadel is linked to the Outlands via a leather-brown color pool that is situated in the Citadel's temple. The other side of the portal is an isolated location outside the gate-town of Bedlam, near which is a portal to the Shattered Temple in Sigil's Lower Ward.

For faction members, the Citadel can be a place of great learning and scholarship, housing many of the Athar's most learned scholarship on the nature of the gods. The temple, the library, the classrooms, and the training rooms all can hone a faction member's skills and knowledge. Those outside the faction find less use for the place, unless they have specific business with those who reside here.

The Citadel is run by Tobias Gnoas (Male human, level 12 priest, Neutral), an Athar factor, who is proud, serious, immensely loyal, and truly dedicated to the mission of the Citadel, and to its defense against outsiders.

Tobias is assisted by the athaon Garla Fistian (Female half-elf, level 5 priest, Lawful Neutral), a half-elf who originally hails from a prime world. She handles many of the administrative tasks of the Citadel on a day-to-day basis.

The guards here are well-trained and effective in methods of astral combat, often repelling small-scale githyanki assaults. There are about 20 guards (level 2 Fighters) stationed here at any point in time. They are lead by the bariaur Ridgath Ro (Male bariaur, Level 8 Fighter, Lawful Good) who is also available for sparring and training in the gymnasia the Citadel contain.

The Citadel houses about 30 trainees at any one point in time, and these scholars are supervised by the chief instructor, athaon Bria Mossiki (female human, level 6 mage, Neutral), who also runs the library and allows in tutors and instructors via the color pool in the temple.

Defend the Citadel from Githyanki AssaultsEdit

The two "wings" of the Athar Citadel both have gravity that is oriented toward the center of the structure, sustained by an item crafted by the githyanki called an attraction sphere. The Athar have "liberated" this bit of magic from the githyanki, and the githyanki have not taken kindly to this liberation, sending the occasional squad to destroy the tower and reclaim the sphere. Thus far, the Athar hav ebeen able to repel the assaults, but they have been small-scale, testing assaults rather than full-fledged attacks, and the githyanki are likely building to something more substantial. 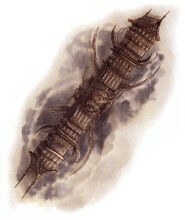 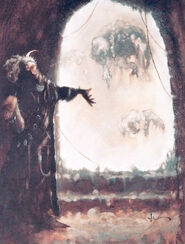 A view of the dead gods from the Athar Citadel 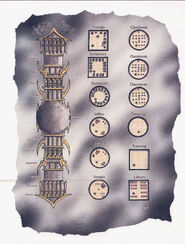 The floorplan of the Athar Citadel
Add a photo to this gallery
Retrieved from "https://dungeonsdragons.fandom.com/wiki/Athar_Citadel?oldid=8772"
Community content is available under CC-BY-SA unless otherwise noted.